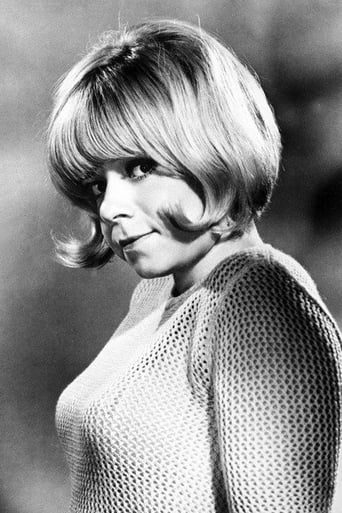 ​From Wikipedia, the free encyclopedia.   Nicole Jaffe (born 1946) is an American actress and voice actress, best known as the original voice of Velma Dinkley in Hanna-Barbera's Scooby-Doo Saturday morning cartoon series from 1969 to 1974. Before Scooby-Doo began production, Jaffe had appeared in The Trouble with Girls with Elvis Presley (and future Scooby-Doo co-star Frank Welker) and in Disney's The Love Bug. Velma was Jaffe's only voice role. Like her character, Jaffe was myopic and needed glasses or contacts to see. At the first voice recording rehearsal for Scooby-Doo, Where are You!, Jaffe accidentally dropped her glasses and cried out something to the effect of "my glasses! I can't see without them," which became a trademark gag and catch phrase for Velma. Jaffe retired from acting after getting married to Brad David in 1973 and getting a job as an agent for the William Morris Agency. She briefly returned to the series 30 years later for the 2003 direct-to-video movies Scooby-Doo and the Legend of the Vampire and Scooby-Doo and the Monster of Mexico. Description above from the Wikipedia article Nicole Jaffe, licensed under CC-BY-SA, full list of contributors on Wikipedia.