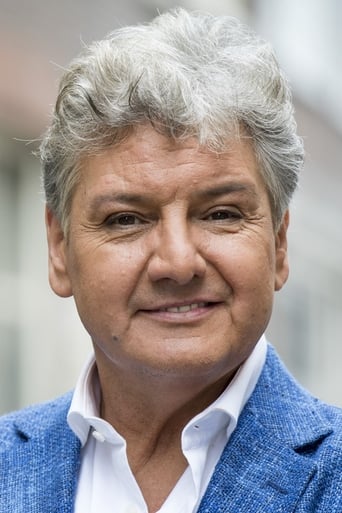 René Froger is a Dutch singer.  He began performing in his Father’s cafe in Amsterdam, before joining with Ted de Braak and Mini en Maxi and in 1987 to release his first single, “Love Leave Me”. Major success eluded him until “Winter in America” entered the Dutch Top 40 in 1988.  Later that year, he teamed up with the popular Dutch band Het Goede Doel to top the Dutch charts (#1 for three weeks in 1989) with Alles kan een mens gelukkig maken (Everything can make a man happy). A song for which in particular the refrain starting with Een eigen huis, een plek onder de zon (A private home, a place under the sun) morphed into a community sing-a-long evergreen.    From 1989 on, he has released more singles, with mixed results.  He started the tour "Pure & More" in Amsterdam Arena.  In 2005, he was diagnosed prostate cancer that resulted in several complications. In the same year, he began collaborating with Gerard Joling and Gordon in the group De Toppers.  Rene represented the Netherlands at the Eurovision Song Contest 2009 in Moscow as part of De Toppers.   Description above from the Wikipedia article René Froger, licensed under CC-BY-SA, full list of contributors on Wikipedia.