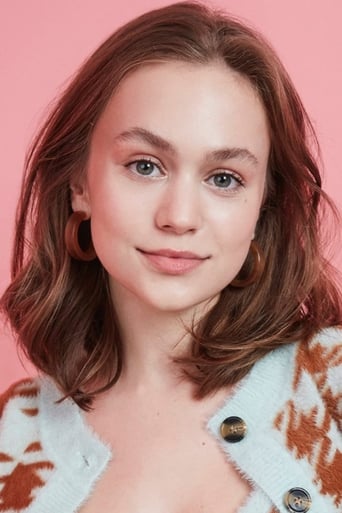 From Wikipedia, the free encyclopedia Ella Ballentine is a young Canadian film, television and stage actress. Ella is known for playing Little Cosette / Young Eponine in the Mirvish Productions 25th Anniversary Les Miserables production (2013/2014), Jennifer in Atom Egoyan's feature, The Captive, an official selection for the 2014 Cannes Film Festival one of the main characters, Kate, in Clara's Deadly Secret" a Lifetime movie, the leading role in Numbers, a Toronto Fringe Festival play in 2012 she received rave reviews for. She has starred in television productions such as Baby's First Christmas for Hallmark Channel, and as Meddie Reno in Time Tremors In 2013 Ella was invited to the Hilary Weston Writers' Trust Prize for Nonfiction Gala as one of the "renowned Canadian performers enlivened the evening with dramatic readings of the five prize-nominated titles."