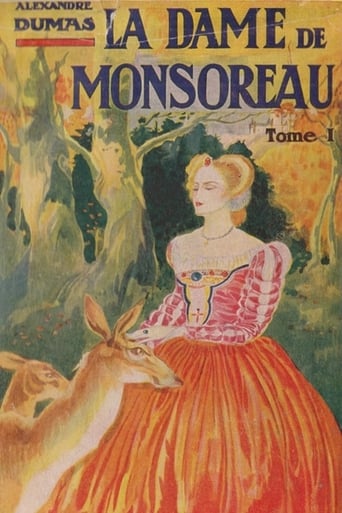 Diane of Meridor, aged 23 years, lives a happy country life with her father. For the first time, Diana has her coming out ball, organized by the count of Monsoreau, who, in spite of being much older than her, wants to make her his wife, having a possessive and jealous love for the young woman. The duke of Anjou takes Diana in the ball, and tries to abuse of her exercising his prerogatives of being the brother of the king. Monsoreau will take advantage of this fact in his favor, and kidnaps de lady. He explains her father that Duke of Anjou, a known seducer, has kidnapped her. In order to safe her honor, he offers to marry her. Her father consents to it, with his heart broken by his sorrow. Diana of Meridor is forced to marry the damnable count of Monsoreau...