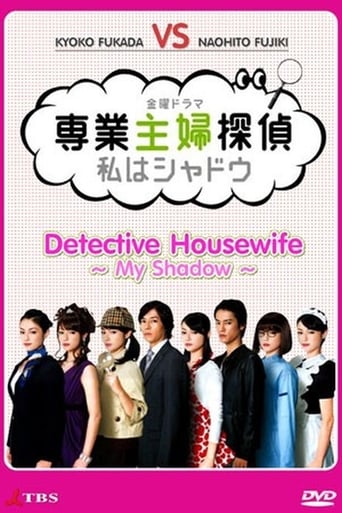 Call Me The Shadow: Adventures of a Housewife Detective (2011)

Full-time homemaker, Serina, is madly in love with her elite securities manager husband, Takefumi. But ever since they got married two years ago as two incurably infatuated lovers, her husband has changed. He has begun to find her unmitigated affection towards him to be “over the top” and “irksome.” As a result, he has begun to avoid her. Then one evening returning from a dinner party, Serina finds herself caught up in a little incident where she encounters a private detective named Haruki. She ends up taking a job working at his office. Though somewhat clumsy and wielding no particular talent to speak of, Serina gradually realizes that she was made for detective work. And in the process of striving for the affection of the husband she loves, she too finds herself changing and growing into a beautifully strong and independent woman.