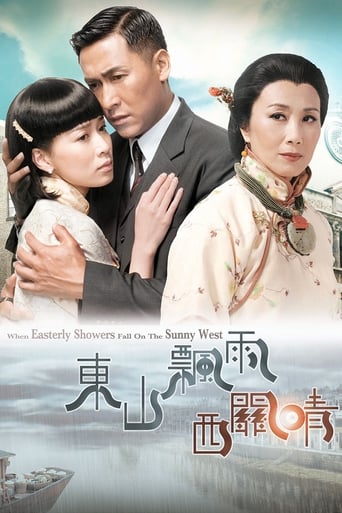 When Easterly Showers Fall on the Sunny West (2008)

Coming from a very humble background, Poon Muk-hing has always been content being a driver for the rich Poon family of Dongshan. His true identity of the eldest son of the family comes to light when he saves Poon Cheuk-wah, the young master, in an accident. Chong Fung-yi, the first daughter-in-law in the family, has to admit unwillingly the fact that when she married into the family she was already pregnant. His true identity revealed, Muk-hing changes his name and joins the clan. When the Poon family runs into trouble, and Muk-hing is caught in a love triangle with Cheuk-wah and a wealthy daughter from Xiguan, Yip Heung-ching, he gets involved in a bloody battle of power...