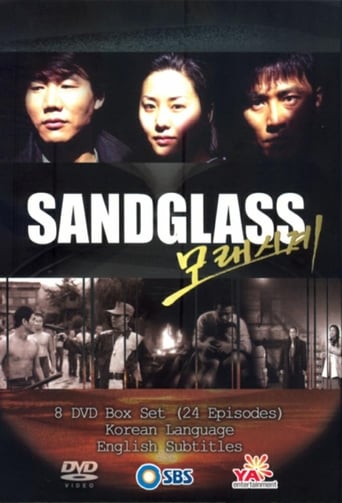 Sandglass is a South Korean television series considered one of the most significant and highest-rated Korean dramas in history. Written by Song Ji-na and directed by Kim Jong-hak, it aired on SBS in 1995 in 24 episodes. A depiction of the tragic relationship among three friends affected by the political and civilian oppression of 1970s and 1980s Korea, the series mixed politics, melodrama, action, and great acting. It recorded a peak rating of 64.5%, the third highest of all time, and launched its leading trio of Choi Min-soo, Go Hyun-jung, and Park Sang-won into stardom. Its reenactment of the Gwangju Massacre remains one of the most realistic, devastatingly powerful, and unforgettable moments in Korean TV history.