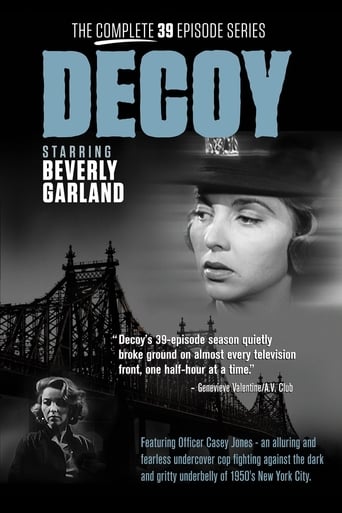 New York City policewoman Casey Jones' assignment to fight crime often entails her going undercover in some of the seediest and most dangerous parts of the city. Decoy is a groundbreaking American crime drama television series created for syndication and initially broadcast from October 14, 1957, to July 7, 1958, with thirty-nine 30-minute black-and-white episodes. It was the first American police series with a female protagonist. Many Decoy episodes are in the public domain.