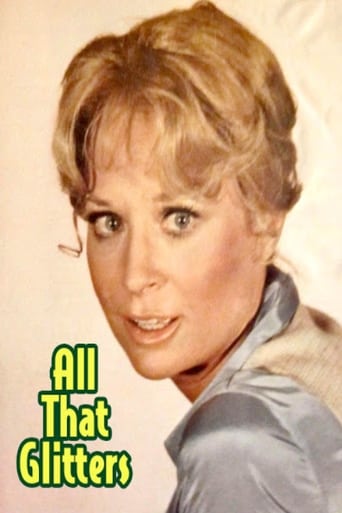 All That Glitters is an American situation comedy television series by producer Norman Lear. It consisted of 65 episodes and aired between April 18 and July 15, 1977 in broadcast syndication. The show, a spoof of the soap opera format, depicted the trials and tribulations of a group of executives at the Globatron corporation. The twist of the series was that it was set within a world of complete role-reversal: Women were the "stronger sex," the executives and breadwinners, while the "weaker sex" – the men – were the secretaries or stay-at-home househusbands. Men were often treated as sex objects. The series features Eileen Brennan, Greg Evigan, Lois Nettleton, Gary Sandy, Tim Thomerson and Jessica Walter. Comic actor and cartoon voice artist Chuck McCann was also a regular. Linda Gray played transgender fashion model Linda Murkland, the first transgender series regular on American television. Before and after its premiere, All That Glitters was negatively received and the series lasted just 13 weeks.