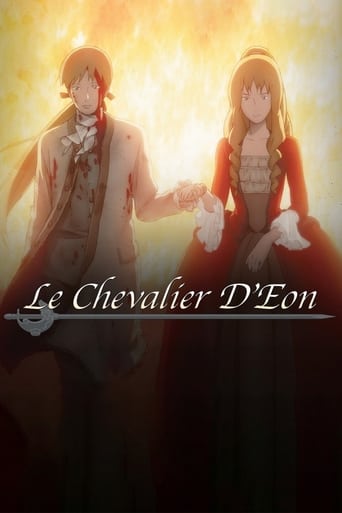 Le Chevalier D'Eon is a 24-episode anime TV series produced by Production I.G based on an original story by Tow Ubukata. The anime originally aired in Japan on WOWOW from August 19, 2006 to February 2, 2007. The story has also been adapted into a manga series written by Tow Ubukata and illustrated by Kiriko Yumeji, which was first published in 2005. The titular character is loosely based on the historical figure Chevalier d'Eon, who lived in the middle of 18th century, pre-Revolutionary France under the reign of Louis XV. Le Chevalier D'Eon was originally licensed to the North American market by ADV Films, but it became one of over thirty titles transferred from ADV to Funimation Entertainment in 2008.