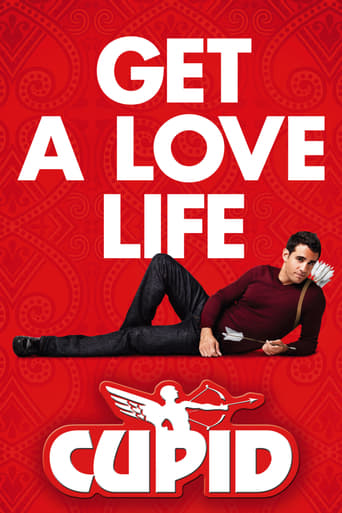 In the premiere episode, "Pilot," it's New Year's Eve in New York. Trevor has changed the ball drop sign in Times Square from "Happy New Year" to "Holly I'm Here" for a lovelorn street musician who hopes his message will reach his intended. Despite his good intentions, though, the antics and persistence of Trevor -- who may or may not be a god -- land him in a mental institution for three months. Eventually he's found to be harmless to himself and others and is released, but under certain conditions. Placed under the care of Dr. Claire McCrae, he must attend her singles group therapy sessions on a regular basis so that she can monitor his progress. As it happens, Claire's singles sessions are an ideal place for Trevor to aim his Cupid arrows, so he's more than happy to accept this provision. Trevor wastes no time in going about Cupid's business. He focuses his matchmaking efforts on Dave, the talented street musician from New Year's Eve, to find the woman Dave had a brief encounter with at a pub in Dublin. Anxious to match his first couple, Trevor arranges for a reporter named Madelyn to do a story on Dave's search, but Claire, who believes that love at first sight is a myth, doesn't hold out much hope for a happy ending. Meanwhile, in need of a base from which to fulfill his mission of bringing together romantically challenged couples, Trevor rents a room above the struggling Tres Equis Cantina owned by Felix Arroyo and his sister. In exchange for rent, he becomes a bartender and creates an atmosphere for singles looking for lasting love. Could Trevor Pierce really be Cupid? No one believes his story, but everyone finds him quite charming and, after all, he does possess a great knowledge of mythology. Despite their differing views on romantic love, Trevor knows he can turn to Claire for help and friendship. Only time will reveal who will win the battle for love. 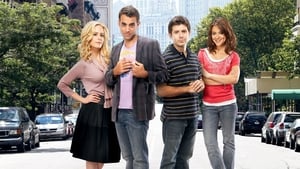