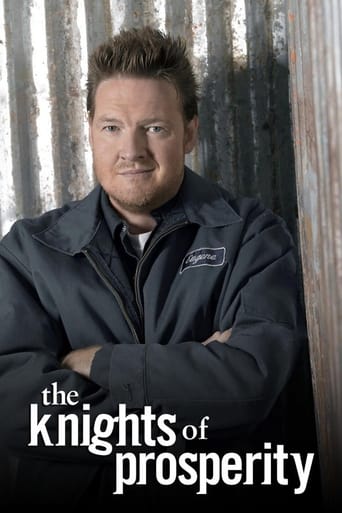 Eugene Gurkin has dreamt of opening his own bar for years, but his dead-end job as a janitor won't even fund a bottle of booze. In a serendipitous moment, he catches an episode of "E! News" and his passion is ignited. Soon Eugene recruits a group of average joes into his gang, The Knights of Prosperity, for a heist to finance their dreams. The initial target: rock icon Mick Jagger's super-luxe Central Park West apartment.