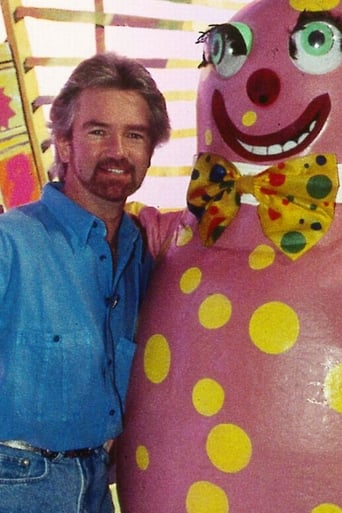 Noel's House Party is a BBC television light entertainment show hosted by Noel Edmonds that was broadcast live on Saturday evenings throughout the 1990s. It was set in a large house in the fictional village of Crinkley Bottom, leading to much innuendo. The show was broadcast during the autumn-spring season. It was the successor show to Noel's Saturday Roadshow, and carried over some of its regular features such as the Gunge Tank, the Gotcha Oscar and Wait 'Till I Get You Home. In 2010, Noel's House Party was voted the best Saturday night TV show of all time. The show had many regular guests posing as fictional villagers, including Frank Thornton and Vicki Michelle. The show gave birth to Mr. Blobby in the Gotcha segment. The character became well known, ruining the premise of the segment, but Blobby still made appearances. There was also a contrived rivalry between Noel and Tony Blackburn. In addition, many episodes featured one-off guest stars, including Michael Crawford as Frank Spencer, who came in to find the whole audience dressed as Frank after Fantastic Stuart Henderson from Troon had performed as Frank singing The Beatles song "I Saw Her Standing There", and Ken Dodd in a highwayman's outfit - 'Going cheap at the Maxwell sale' - as Noel's long lost 'twin', Berasent.