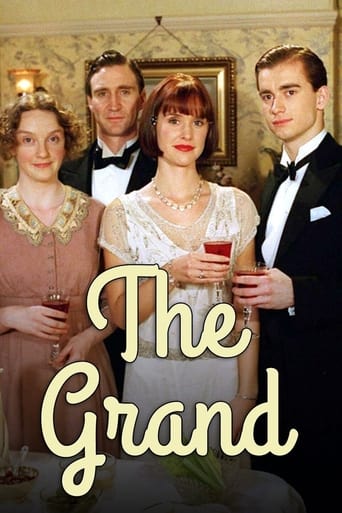 The Grand is a British television drama series first broadcast on ITV in 1997–1998. It was written by Russell T Davies and set in a hotel in Manchester in the 1920s. There are two series: eight episodes in the first series were broadcast from 4 April 1997 to 23 May 1997 and ten in the second series from 30 January 1998 to 3 April 1998. All 18 episodes were written by Russell T Davies. The cast included Susan Hampshire, Julia St. John, Tim Healy, Michael Siberry, Stephen Moyer and Mark McGann. The two series were novelised by Catrin Collier, under the pen name Katherine Hardy.