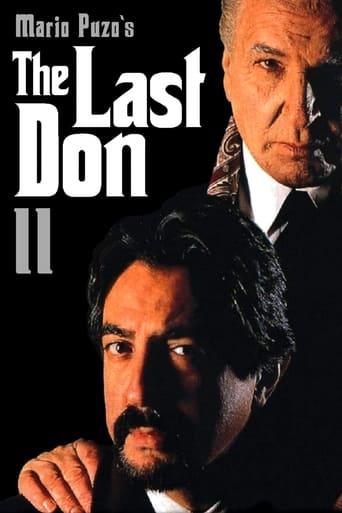 As the elder don dies, his young heir moves into the position. He quickly proves to be as ruthless as he tries to discover who has launched a plot to overthrow his rule and may be infiltrating other families. In a left over plot line, his aunt discovers that the young don had her son murdered first setting her off in a plot to kill him. Then when she is stopped she is driven into the arms of a conflicted priest. Meanwhile, an undercover FBI agent moves into the family home as a teacher for the don's handicapped daughter.