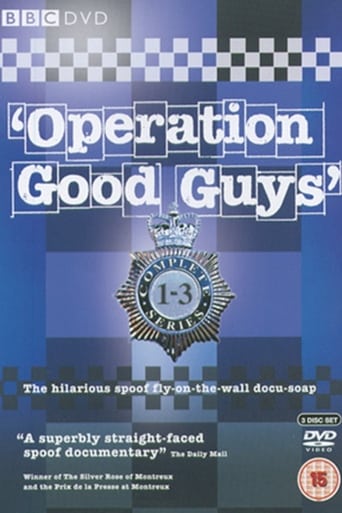 Operation Good Guys is a British mockumentary, a fly-on-the-wall documentary series about an elite police unit's bid to snare one of Britain's most powerful crime lords.Blurring the line between fact and fiction, it witnesses, on camera, the total breakdown, professionally and personally, of the Operation Good Guys team. Throughout the operation, The 'Good Guys' have an unfortunate habit of embroiling into their calamitous world some of the country's best-known celebrities, from actors and footballers, to TV presenters and even the odd ex-convict.