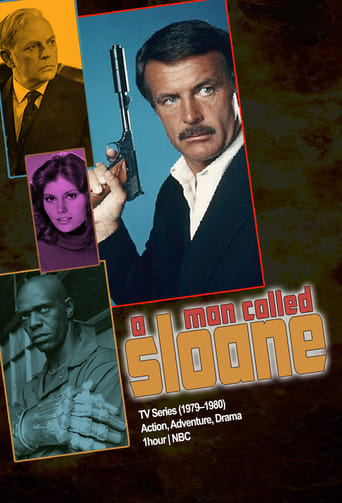 A Man Called Sloane is an American secret agent adventure television series that aired on NBC during the 1979-1980 television season. It was a Woodruff Production in association with QM Productions, and became the final series produced by Quinn Martin's company to debut. The series starred Robert Conrad as Thomas R. Sloane III, a freelance spy who takes on occasional assignments for UNIT, a secret American intelligence operation run by "The Director," played by Dan O'Herlihy. The secret entrance to UNIT headquarters was through a toy store. KARTEL was the evil secret organization that was UNIT's nemesis. Aiding Sloane's missions was Torque, his deadly right-hand man played by Ji-Tu Cumbuka. Torque had a mechanical hand with interchangeable parts that often helped during their assignments. The pair were also assisted by "Effie", a computer voiced by Michele Carey. A Man Called Sloane was an amalgam of elements from numerous spy series of the previous 15 years, including The Man from U.N.C.L.E., Mission: Impossible, and Conrad's own The Wild Wild West. One of the more expensive series produced during the season, it failed to gain an audience and was cancelled after 12 episodes were broadcast.