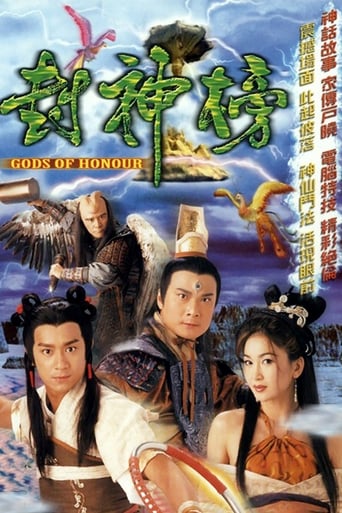 Nar Jar was a 'Fire Master' in his previous life, but was killed by Lee Ching. After reincarnation, he ironically becomes Ching's third son. But he is very much affected by his old memories and cannot forgive his father. Ching also keeps his distance from him because of his exotic nature and eventually sends him away with excuses. Luckily, he is saved by some kind people and becomes a General when he is still a teenager. Meanwhile, the Shang Dynasty emperor Zhou abandons his empire for his mistress Tangie and puts the empire in jeopardy. With help from his friends and family, Nar Jar fights against Zhou's army, but the cunning Tangie plays a trick on Nar Jar that forces him to face his father in combat. Between father and son, who will win this great battle?