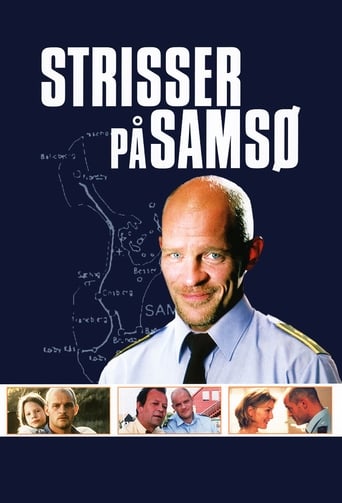 Strisser på Samsø is a Danish television series in 12 episodes, written and directed by Eddie Thomas Petersen. Produced by Per Holst Filmproduktion, it was first broadcast on TV2 in 1997-1998. The story tells how Christian Torp, a police officer who has lost his wife in an unsuccessful robbery, brings his daughter Sille to the Danish island of Samsø looking for peace and quiet. They have difficulty in integrating into a society full of problems where everyone knows everything about everybody, but they find a friend in Ulla, a secretary. Among others, it stars Lars Bom, Amalie Dollerup and Jesper Milsted. The series was entitled "Island Cop" when broadcast in subtitled form on Ireland's TG4 channel.