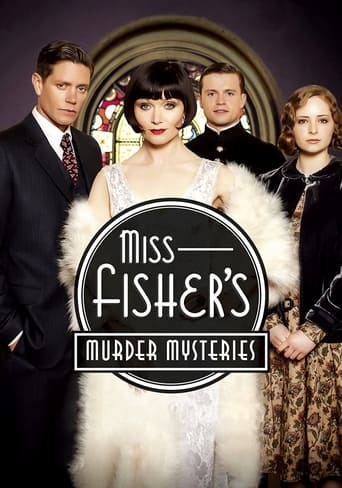 Our lady sleuth sashays through the back lanes and jazz clubs of late 1920’s Melbourne, fighting injustice with her pearl handled pistol and her dagger sharp wit. Leaving a trail of admirers in her wake, our thoroughly modern heroine makes sure she enjoys every moment of her lucky life. Based on author Kerry Greenwood's Phryne Fisher Murder Mystery novels.