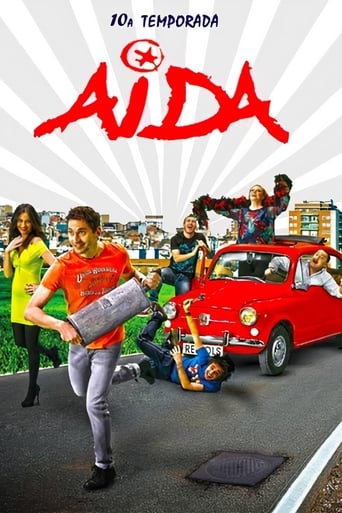 Aída is a Spanish comedy sitcom set in Madrid, that spin off from another sitcom called 7 Vidas. The show first aired on January 16, 2005 and is produced by Globomedia for the Spanish network Telecinco. It currently started its ninth season. The show stars Carmen Machi as the title character, Aída García, a working, single mother with two teenage children, forced to move in with her mother and brother to make ends meet. The show has received favorable criticism from the audience and has been the most viewed show in Spain since 2007. It has also received several awards like the Ondas Award for Best Spanish Sitcom. The Polish re-make of the series began airing in March 2012 on TVP2 channel.