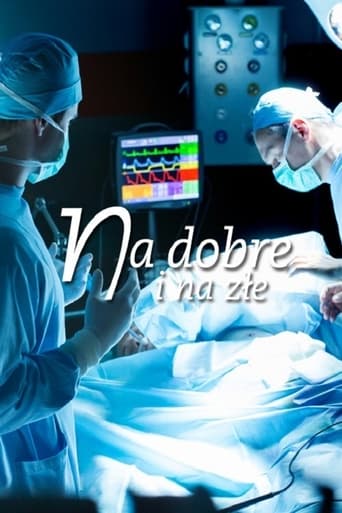 Na dobre i na złe is a Polish television medical drama series, broadcast on TVP2 since November 7, 1999. Currently in its 15th season and with over 520 episodes, it is the longest-running primetime drama on Polish TV. The show revolves around the lives of doctors and patients of a hospital in Leśna Góra near Warsaw. Na dobre i na złe has been very popular among the viewers, despite recent criticism on its lack of originality. It won the "Telekamery" award for the best TV series in 2001, 2002 and 2003.