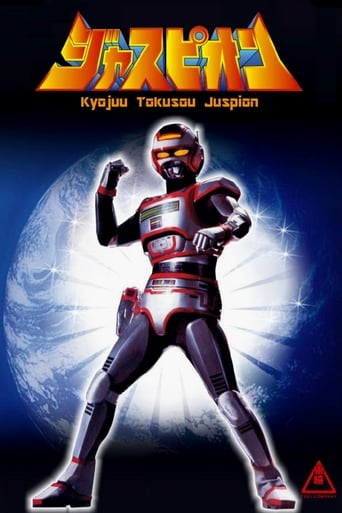 Kyojuu Tokusou Juspion is a Japanese tokusatsu television series and part of the Metal Hero series. Produced by Toei Company, it was originally broadcast from 15 March 1985 to 24 March 1986, running for 46 episodes. The name "Juspion" is a portmanteau of "Justice" and "Champion". Juspion is the only Metal Hero series to focus on giant robot combat. Kyoujuu Tokusou Juspion was aired in Brazil through the now-defunct TV Manchete, becoming very popular in that country under the remodeled name "Jaspion". It was also aired in Indonesia and in France, where only a few episodes of the show were dubbed and transmitted. This was the first Metal Hero series to air on Mondays instead of Fridays. For distribution purposes, Toei refers to this television series as Juspion.