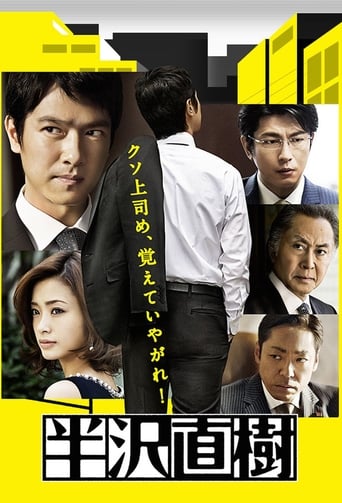 Hanzawa Naoki works as a loan manager at the Osaka Nishi branch of Tokyo Central Bank. One day, Hanzawa makes a loan contract for 500 million yen with Nishi Osaka Steel Company. Hanzawa didn't want to approve the loan, but he had to due to the branch manager's order. Nishi Osaka Steel Company seems financially stable, but the company actually hides massive amounts of debt through fraudulent accounts. The company is caught. Three months later, Nishi Osaka Steel Company goes bankrupt. The bank's branch manager is Asano. He is an ambitious man and tries to shift the blame to Hanzawa. Hanzawa then attends an inquiry about the loan failure at the bank's headquarters in Tokyo. Hanzawa denies fault and promises to retrieve the 500 million yen loan. He did this because it's the only way for Hanzawa to survive as a banker.