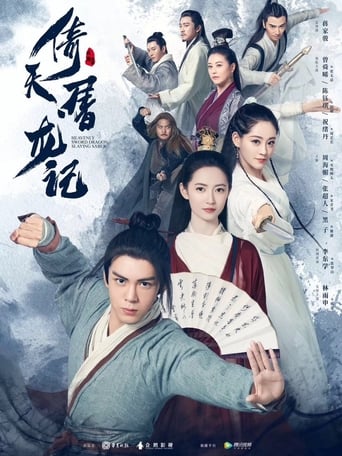 Heavenly Sword and Dragon Slaying Sabre is a 2019 Chinese wuxia television series adapted from the novel The Heaven Sword and Dragon Saber by Jin Yong. Originally published in newspapers from 1961 to 1963, the story has been revised twice; once in 1979 and the second in 2005. This remake is primarily based on the third edition of the novel. The series is the first adaptation to be released as a web series and was first broadcast on Tencent in China on February 27, 2019.