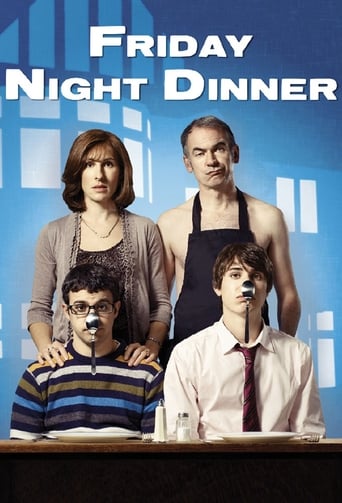 Dad is very excited. He's just bought a new fax machine. The boys can't believe it 'What's the point of using a fax machine when you've got email?' they ask. 'So you don't have to read everything off a bleeding machine,' replies dad. Jonny, who's an estate agent, has been given a company car - the uncoolest car possible. It has a giant, estate agent-themed, fake brick roof on top. Adam calls it a 'house'. Mum soon learns that Jonny bagged the car because he'd been sleeping with his boss, the much older Liz, played by Leslie Vickerage. Mum is not happy, and an awkward scene arises when the family bump into Liz outside Jonny's office. Meanwhile mum has put dad on a diet - 'no chocolate, no cheese, no cakes' for two weeks, but dad has made the boys smuggle in food for him, which he keeps hidden in the downstairs loo. Jim pops round with his dog Wilson. He's drunk, as he's celebrating Wilson's birthday. ('Wilson is either 4 or 9'). Jim has even made Wilson a birthday cake. Later, returning from a 'family spin' in Jonny's car, the family find something awful has happened to their house... 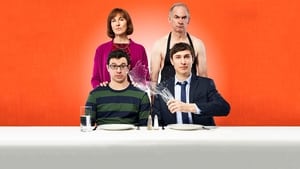 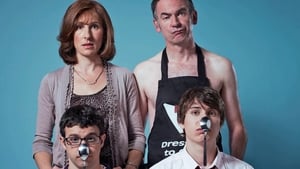