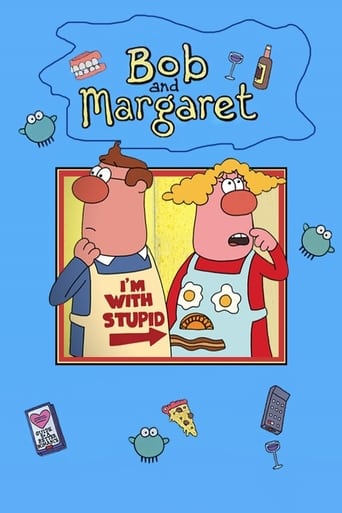 Bob and Margaret is a Canadian/UK animated television series that was also shown in the United States and all over the world. The series was produced by Nelvana, a Toronto animation studio, and created by Canadian David Fine and Brit Alison Snowden. The series was based on the Academy Award winning short film Bob's Birthday, featuring the same main characters, which won the Best Animated Short Film Oscar in 1994. The series is one of the few Canadian TV shows to ever have regular American exposure. In Canada, it was the highest rated Canadian made animation series ever when it aired in prime time on Global Television. The show revolved around a married English couple named Bob and Margaret Fish, a middle class 40-ish working couple with no children and two dogs named William and Elizabeth. Bob is a dentist and Margaret is a chiropodist. Bob and Margaret struggle with everyday issues and mid life crisis. Stories often revolve around the mundane, but in a way which is eminently relatable. From the trials of shopping to dealing with friends who annoy them, but owe them a dinner. In the first two seasons, Bob and Margaret lived in England, in the South London community of Balham. For the third and fourth seasons, however, they moved to Toronto, Canada, allowing the writers to explore the humour of culture clash. The move was actually inspired by the realities of funding, with certain Canadian tax benefits dependent on stories actually based in Canada. As such, to keep the series funded, the move was necessary. The creators of the series chose to take an executive role on these latter two seasons, reviewing scripts and consulting, but not involved in the detail they were for the first two seasons. Snowden continued to provide the voice of Margaret, but Bob's voice, originally played by Andy Hamilton, was replaced by Brian George.