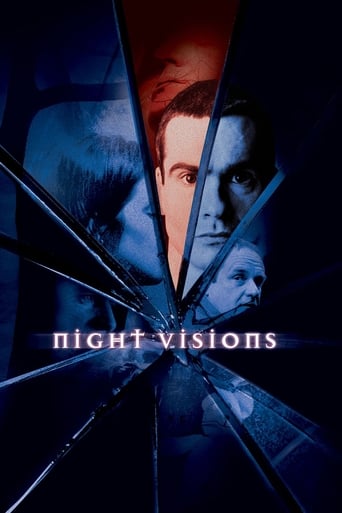 Night Visions is an hour-long, American television horror anthology series, with each episode comprising two half-hour stories dealing with themes of the supernatural or simply the dark side of human nature. Henry Rollins was the uncredited host of the show. The series aired on Fox from July 12 to September 6, 2001, after which it was picked up by the Sci Fi Channel, which reran the series beginning June 14, 2002. Sci Fi later aired the three remaining original episodes that produced for, but unaired, on Fox. One of these, "Cargo / Switch", ran as part of the Night Visions series, while the two other episodes' segments were edited into the Sci Fi Channel film Shadow Realm, minus the Rollins introductions and the Night Visions name. The show's directors included some best known for feature films, including Tobe Hooper and Joe Dante, and others, such as Brian Dennehy, JoBeth Williams, and Bill Pullman, known primarily as actors.