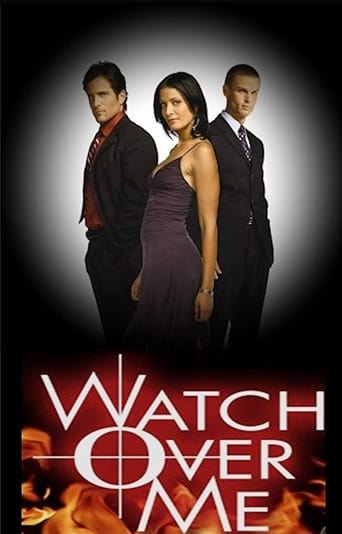 Watch Over Me is an American Television series that debuted on December 6, 2006 on the television network MyNetworkTV. Twentieth Television produced 66 episodes to air weekdays. The limited-run serial is an adaptation of Argentine series Resistiré. Torres, a former Miss Universe, played a woman torn between her bioterrorist fiance and her bodyguard, played by Todd Cahoon. Catherine Oxenberg and Casper Van Dien also appeared as villains. 20th Century Fox Home Entertainment has not announced plans to release this series on DVD and/or Blu-ray. Telefe, which produced the original version, syndicates a 64-episode run of the series in Europe, the Middle East and Asia. It promotes the show as mixing a classic Latin genre with Hollywood aesthetics. From July 2009 it was aired in Slovakia on TV Markíza taking the slot of Latin American telenovelas, but the show was not very successful.