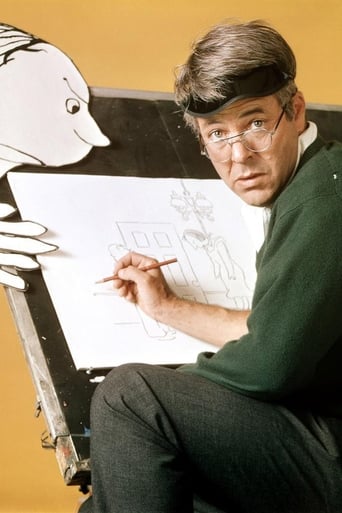 My World and Welcome to It is an American half-hour television sitcom based on the humor and cartoons of James Thurber. It starred William Windom as John Monroe, a Thurber-like writer and cartoonist who works for a magazine closely resembling The New Yorker called The Manhattanite. Wry, fanciful and curmudgeonly, Monroe observes and comments on life, to the bemusement of his rather sensible wife Ellen and intelligent, questioning daughter Lydia. Monroe's frequent daydreams and fantasies are usually based on Thurber material. My World — And Welcome To It is the name of a book of illustrated stories and essays, also by James Thurber. The series ran one season on NBC 1969-1970. It was created by Mel Shavelson, who wrote and directed the pilot episode and was one of the show's principal writers. Sheldon Leonard was executive producer. The show's producer, Danny Arnold, co-wrote or directed numerous episodes, and even appeared as Santa Claus in "Rally Round the Flag."