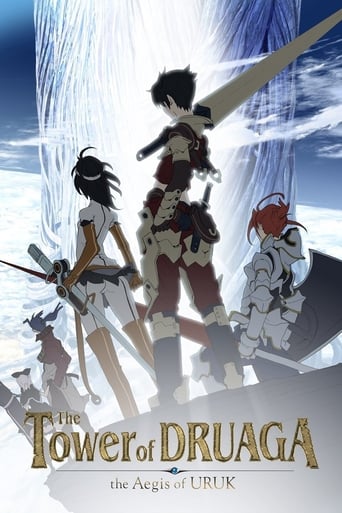 The Summer of "Anu": In a summer once every five years, demons in the mysterious Tower of Druaga lose their powers due to the magic spell cast by a god named "Anu". King Gilgamesh, ruler of the kingdom Uruk, uses the appearance of demons as an excuse to invade the tower and find out the construct's secrets. As 80 years passed, the Uruk army managed to fight back the demons and built a fortress city and safe haven on the very first floor of Druaga—Metz Kier. Thus begins the story of a warrior named Jil, who, finding companions along the way, embarks on a quest for the fabled Blue Crystal Rod, a powerful artifact rumored to be in the highest floor of Druaga. However, other competitors, including the kingdom of Uruk itself, want the treasure, all for their own reasons.