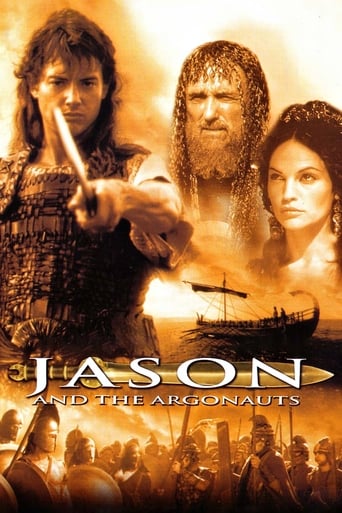 Jason and the Argonauts: Season 1, Episode 2

One of the most legendary adventures in all mythology is brought to life in Jason and the Argonauts, an epic saga of good and evil. As a mere boy Jason, the heir to the kingdom of Ancient Greece, witnesses the murder of his father at the hands of his ruthless uncle, Pelias. After narrowly escaping death, Jason flees his home and returns twenty years later to reclaim the throne. Upon learning of his return, Pelias sentences him to death. To save his life, Jason promises to deliver the most converted gift of the gods to his uncle - the Golden Fleece. Joined by the Argonauts, a stout-hearted crew of sailors, he embarks on a perilous voyage to capture the Fleece and fulfill his destiny.