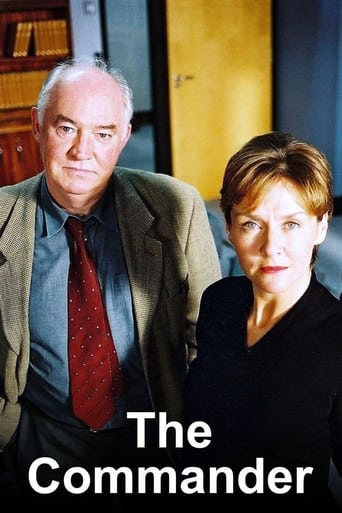 The Commander is a crime television series, starring Amanda Burton. The series began in 2003, and continued until 2008 on ITV. The series focuses on Commander Clare Blake as a member of the detective murder squad in London. The controversy over Clare Blake has been her willingness to sleep with suspects so that evidence can be gained from them - exemplified in her relationship with murderer James Lampton, acted by Hugh Bonneville. Matthew Marsh originally starred alongside Burton, as DCI Mike Hedges. Mark Lewis Jones now co-stars with Burton as DCI Doug James.