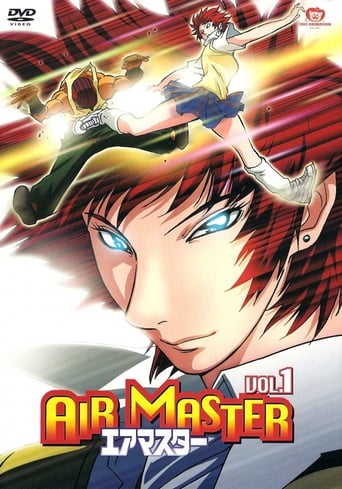 Air Master is a seinen manga written and illustrated by Yokusaru Shibata. The story focuses on Maki Aikawa, an ex-gymnast turned street fighter. The manga was serialized in the Hakusensha magazine Young Animal from 1997 to 2006 and has been collected into 28 tankōbon. A 27-episode anime adaptation was produced by Toei Animation and originally aired on Japan's Nippon Television from April 1 to September 23, 2003. The anime was licensed in North America through a partnership between Toei and Geneon Universal Entertainment. However, only a few episodes of the series were released in the region before the cancellation of the deal, which was due to the poor quality and large number of DVD returns to Geneon. Funimation Entertainment later bought the rights to the license and streamed the entire series on the company's official website.