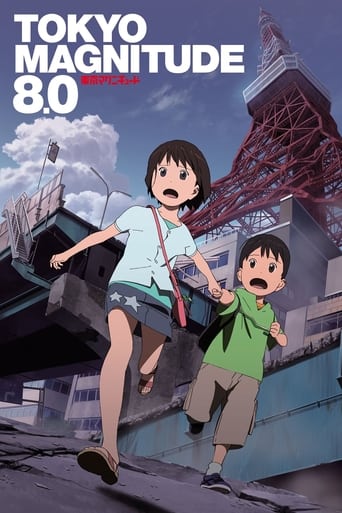 Tokyo Magnitude 8.0 is a Japanese anime television series that premiered on Fuji TV's noitaminA timeslot on July 9, 2009, where it ended its original run on September 17. Directed by Masaki Tachibana and written by Natsuko Takahashi, it is an original series co-produced by Bones and Kinema Citrus. The 11-episode series centres around two young siblings, Mirai and Yūki, and single mother Mari who the two meet in the aftermath of a major earthquake hitting the Japanese capital, placed in the near future. It won the Excellence Prize in the Animation category at Japan's Media Arts Festival in 2009. It was announced that the series has been licensed for a release in North America, set to be released on April 2013.