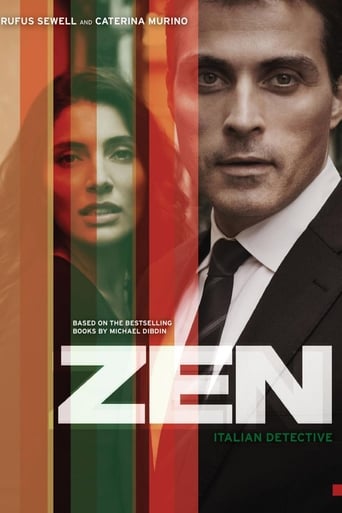 Zen is a British television mini series produced by Left Bank Pictures for the BBC, co-produced with WGBH Boston for its Masterpiece anthology series, Mediaset and ZDF. It stars Rufus Sewell and Caterina Murino and is based on the Aurelio Zen detective novels by Michael Dibdin. The series was filmed on location in Italy, but the dialogue is in English. The series, which comprises three 90-minute films, was broadcast in the United Kingdom on Sunday evenings from 2 January 2011 on BBC One. The three films were based on the books Vendetta, Cabal and Ratking.