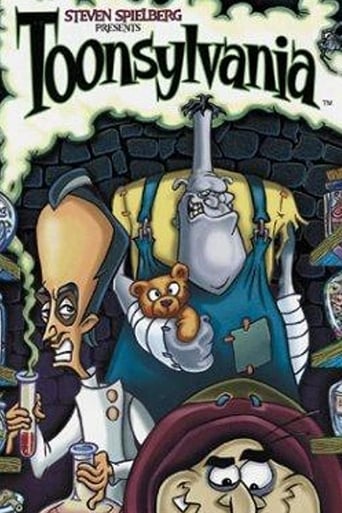 Toonsylvania is an animated television series, which ran for 2 seasons in 1998 on FOX's Saturday morning cartoon block in its first season, then was moved to Tuesday afternoons from September 14, 1998 until December 21, 1998, when it was cancelled. Reruns aired until 2000. It was produced in part by Steven Spielberg, following in the footsteps of his previous animated series, Tiny Toon Adventures and Animaniacs. Much like Animaniacs, the show had recurring cartoon series that appeared in each episode. Unlike Animaniacs, Toonsylvania didn't have a wide range of characters and almost every episode had the same cartoon segments.