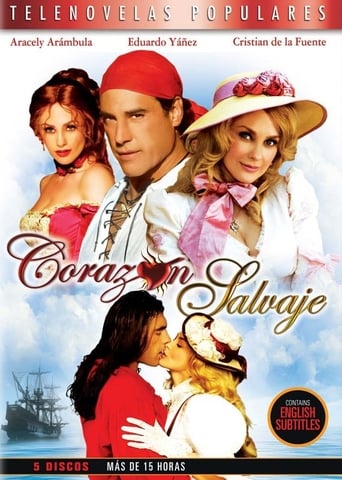 Corazón salvaje is a Mexican telenovela produced by Salvador Mejía Alejandre in conjunction with Televisa and broadcast on El Canal de las Estrellas. The telenovela debuted on 12 October 2009 at 9:00 pm, replacing Sortilegio, and aired for a total of 135 episodes. The final episode was broadcast on 16 April 2010, and the program was replaced with Soy tu dueña. In the United States, the telenovela debuted on 22 February 2010 at 9:00 pm on Univisión, again replacing Sortilegio. However, beginning on 26 April, the program was moved from prime time to the 12:00 midnight time slot.