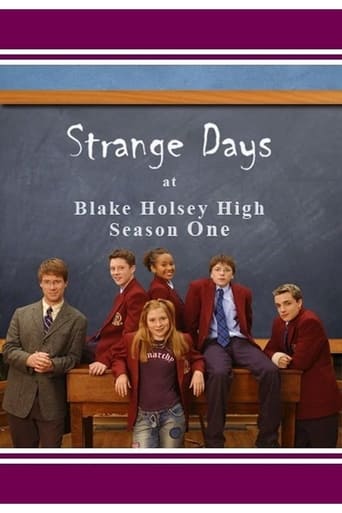 Black Hole High is a Canadian science fiction television program which first aired in North America in October 2002 on NBC and Discovery Kids. It is set at the fictional boarding school of the title, where a Science Club investigates mysterious phenomena, most of which is centered around a wormhole located on the school grounds. Spanning four seasons, the series developed into a success, and has been sold to networks around the globe. Created by Jim Rapsas, the series intertwines elements of mystery, drama, romance, and comedy. The writing of the show is structured around various scientific principles, with emotional and academic struggles combined with unfolding mysteries of a preternatural nature. In addition to its consistent popularity among children, it has been recognised by adults as strong family entertainment. Forty-two episodes of the series, each roughly twenty-five minutes in length, have been produced, the last three of which premiered in January 2006. Those three final episodes that aired were combined into a film, Strange Days: Conclusions. The show was filmed at the Auchmar Estate on the Hamilton Escarpment in Hamilton, Ontario.