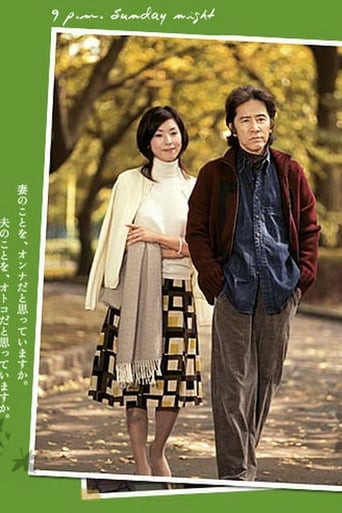 Mr. (Tamura) and Mrs. (Kuroki) Yamaguchi are an old-fashioned middle-aged couple with two children about to become independent. As they prepare for the daughter's (Kato) upcoming wedding to Mr. Yamaguchi's work underling (Omori), they find that the love they themselves experienced at the time of their marriage isn't really there anymore. The wedding planner (Hada), becomes smitten with Mr. Yamaguchi when he begins to meet her often for conversations, and she eventually seduces him into bed, creating a rift in the middle-aged couple. At the same time, their college-student son (Tsukamoto) falls in love himself with a nurse (Nishida) who is much older than he is and has a little daughter, to boot. They will have to fight for their love to be accepted by his parents... -DramaWiki