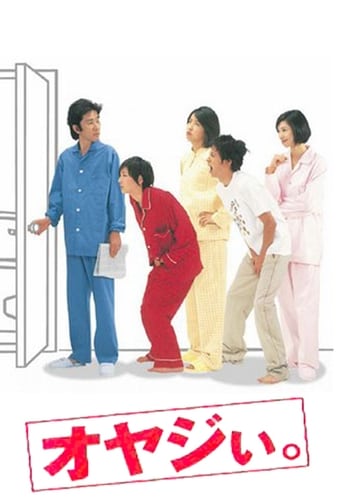 At 55, Kan-ichi Kanzaki is the old-fashioned and overbearing father of the Kanzaki family: his wife Miyako, his son Tadashi, and his two daughters Sayuri and Suzu. Being an “oyaji,” a stubborn middle-aged man that cannot keep his opinion to himself, Kan-ichi is particularly bothered when he views what he believes to be a failure in the public’s morals. But unlike the occasional stranger, his kids have to live under his scrutiny every day, and there are plenty of family crises to draw his ire. Although he can be strict, his actions are driven by his love for his family, and one can’t help but be touched and amused by the loving efforts of such an “oyaji.”