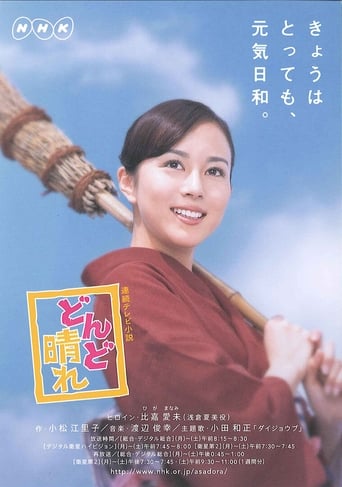 Natsumi is the 23 years old daughter of a master baker in Yokohama and in training with her father to become a pastry chef. She lives with her parents and younger brother in Yokohama. One day she travels to Iwate Prefecture with her boyfriend Masaki for his grandmother Katsuno's 77th birthday. While they are there, Katsuno, head okami of a famous ryokan in Morioka City, becomes ill and asks Masaki to return to run the ryokan. Natsumi returns to Yokohama and later Masaki visits, asking her to disregard their earlier plans to get married because he will return to Morioka as requested by Katsuno. However, Natsumi surprises him with a vow to become the ryokan's okami. Is Natsumi in for clear skies as suggested by the series name?