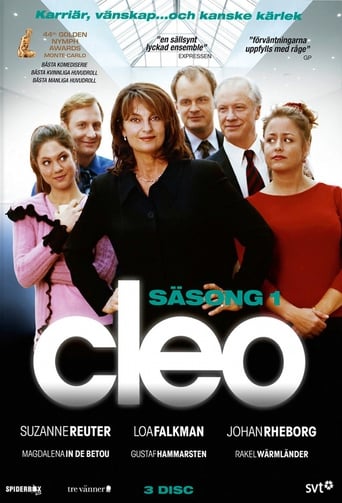 Cleo is a Swedish drama/comedy TV series in two seasons, each consisting of nine episodes. The series was broadcast on SVT, the first season in 2002 and the second in 2003. Directed by Svante Kettner and screenplay by Michael Hjorth, Tomas Tivemark and Johan Kindblom. The name of the series comes from the main character Cleopatra "Cleo" Andersson, played by Suzanne Reuter. When the first episode aired on March 24, 2002 it was watched by 2,2 million people. At the 2004 Monte-Carlo TV Festival Cleo won three awards in the comedy category, Outstanding Actor, Outstanding Actress and Outstanding European Producer.