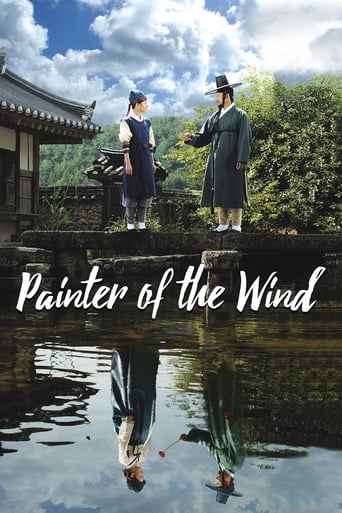 Painter of the Wind is a 2008 South Korean historical television series starring Moon Geun-young and Park Shin-yang. Based on the bestselling historical fiction novel by Lee Jung-myung that took artistic license with the premise that perhaps the Joseon painter Shin Yun-bok had really been a woman, it centers on Yun-bok, a talented young painter who disguises herself as a boy to search for her father's murderer. She meets Kim Hong-do, a master painter who guides her into becoming a great artist, and they develop a strong friendship of mentor and disciple. The drama has won numerous awards, including the Asian TV Series Special Award at the 2010 Shanghai Television Festival and the silver award at the 2010 Houston International Film Festival, while actress Moon Geun-young received the grand prize at the 2008 SBS Drama Awards, as well as Best TV Actress at the 2009 Baeksang Arts Awards and 2008 Grimae Awards for her role.