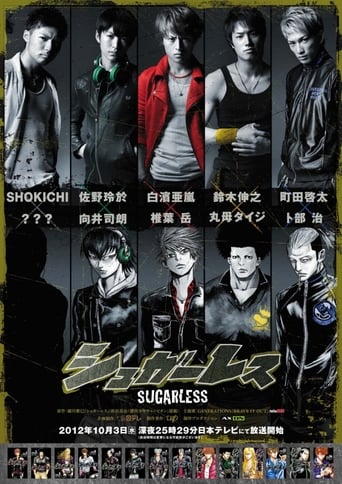 Shiiba Gaku has transferred to Kushima High School which is called ‘Windmill’ because of the windmill monument on its rooftop. His ambition is to get to the top of the school. Bad boys like Tobe, the leader of Hydra, a gang of delinquents; and Shiro, rumoured to be the strongest of the first year students, crowd the school grounds. Gaku immediately picks a fight with Shake who now reigns atop the windmill, but is cut off by students who demand that he defeat them first if he wants to take on Shake. There are those that falter at the sight of the wild look in Shiiba’s glare. However, someone lands a punch on Shiiba’s face. His nose bleeds and he goes out cold. Even the school beauty Suwa Haruka is stunned by Shiiba’s loss. On his first day, Shiiba meets first year student Marumo Taiji. Marumo is disinterested in fighting and asks Shiiba, who has been provoking but losing successive fights, if there is meaning in competing for the top. A brutal Oga intends to crush Marumo at his part-time job. At that moment, Shiiba challenges Oga to a fight too …