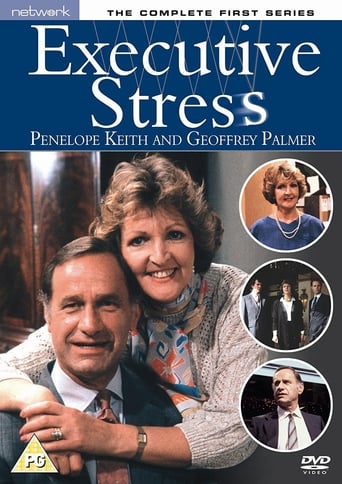 Executive Stress is a British sitcom that aired on ITV from 1986 to 1988. Produced by Thames Television, it first aired on 20 October 1986. After three series, the last episode aired on 27 December 1988. Written by George Layton, Executive Stress stars Penelope Keith as Caroline Fairchild, a middle-aged woman who decides to go back to work. Her husband, Donald, is played by Geoffrey Palmer in the first series. However, Palmer was unable to return for the second series, so Peter Bowles played Donald in the last two series. Keith and Bowles had previously appeared in together in To the Manor Born.