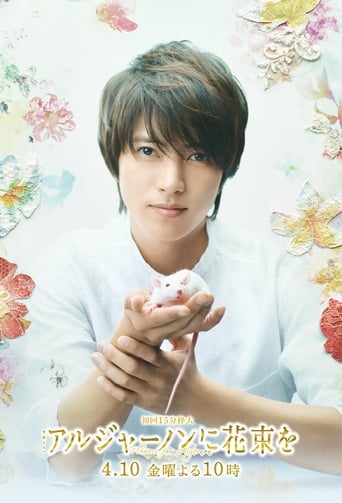 Shiratori Sakuto is 28, but has the intelligence of a 6-year-old boy. He works for Dream Flower Service, a flower distribution centre which provides employment for problem youth. One day, he and a colleague, Yanagawa Ryuichi, delivers a rose bouquet to the apartment building where Mochizuki Haruka lives. Because Haruka does not know that the deliveryman is mentally challenged, she is shocked by his response and tries to call the police. Haruka works for a brain physiology research centre where Professor Hachisuka Daigo has been studying the improvement of mental performance. He has succeeded in lab experiments on a white mouse called Algernon. Sakuto is transformed into a genius through surgery. But Algernon's new intelligence begins to fade, and he dies. Sakuto realises that his genius, too, is destined to leave him.